Tobacco is harmful the population of Lao PDR. More than 7,300 in the country die as a result of tobacco-related diseases every year.[1] The tobacco industry in Lao PDR is mainly controlled by the Lao Tobacco Company Ltd. which is partly owned by the government of Lao PDR.[2]

Duty-paid volumes have recently shown growth at a forecast 3,400 million pieces in 2019. [4] GlobalData forecasts a 2% increase in duty-paid volumes between 2020 and 2030 to take the market to 3,670 million pieces. Because of rapid population growth over the same period, per capita consumption is expected to decline, by 0.3%, to 441 pieces in 2030 with a decline in per capita consumption expected after 2025. [5]

Tobacco farming is valued at approximately USD 50 million a year in Lao PDR; it is the third largest agricultural product produced in the country. The tobacco industry has introduced the contract farming in Lao PDR which serves as the substitute farming for tobacco farmers. The tobacco companies (particularly, Lao Tobacco Co. Ltd. and Lao-China Lucky Co. Ltd. have contracted many farmers in Khammouane, Bolikhamxay and Savanhnakhet provinces which considered to be the three largest provinces that produce tobacco leaves in Lao PDR.[6]

According to Food and Agriculture Organization (FAO)[7] the information of tobacco leaf production in Lao PDR in 2018 as presented in the table below;

Who Dominates the Market?

In November 2001, a 25-year Investment License Agreement (ILA) was signed between the Committee for Investment and Cooperation (CIC) of Lao PDR, Coralma International and S3T Pte Ltd. This contract placed tobacco company Lao Tobacco Limited (LTL) in a joint venture with the government. [8] As a consequence, LTL has earned the majority of the tobacco market share in Lao PDR since 2001, with 79.4% of the market in 2019. [9] 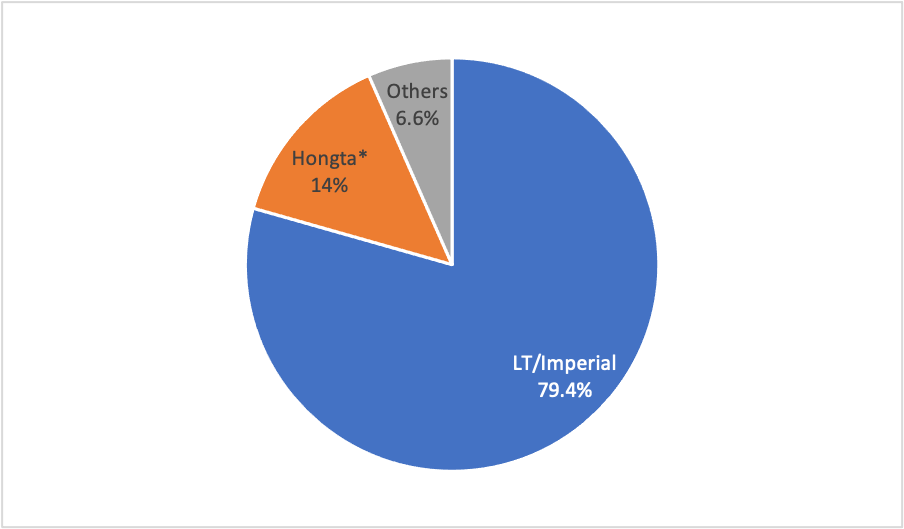 Lao PDR ratified the WHO FCTC on 6 September 2006 and became a Party to the treaty on 5 December 2006.[11] Since then the country has enforced domestic legislation such as the National Tobacco Control Law which was enacted in 2009 to enforce measures to manage, monitor and inspect the production, importation, distribution and sale-purchase of tobacco products, and to establish smoke-free areas. 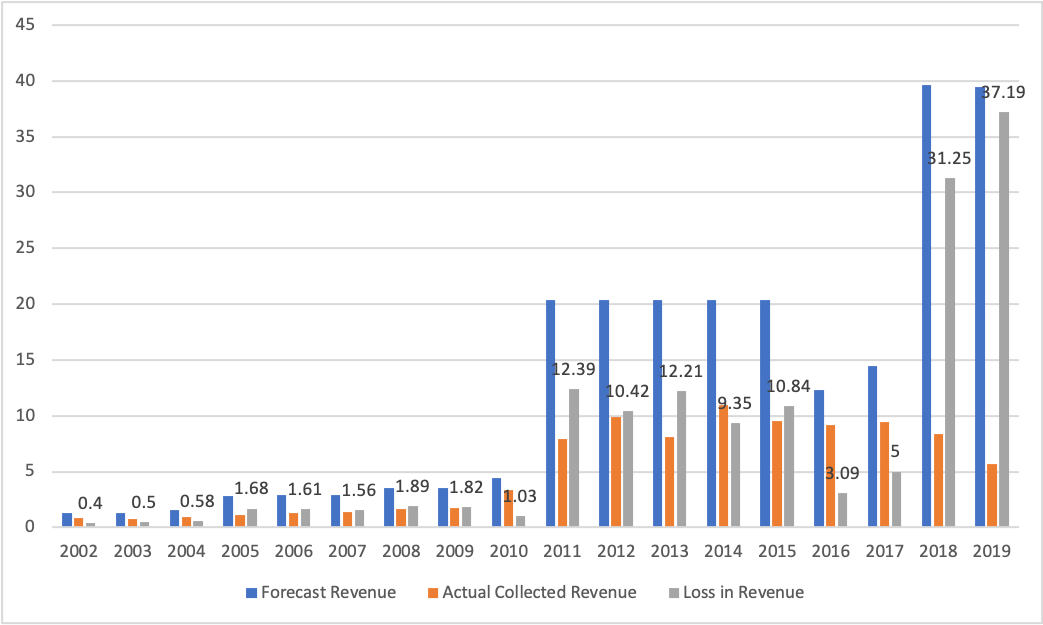 The International Tax and Investment Center (ITIC) and Oxford Economics (OE) has released the annual Asia Illicit Tobacco Report since 2012, describing illicit trade concerns in Asia including in Lao PDR.[16] The reports claim that the illicit trade incident is high in Asia, particularly in countries that have high tax rates such as Malaysia, Philippines and Singapore.  The methodology is biased and flawed resulting in exaggerated figures that were used to scare the governments in Asia including Lao PDR into delaying or pausing tobacco tax increases. The ITIC and OE research from 2011-2017 was funded by Philip Morris International (PMI). The PMI has provided their own data and methodology in the development of mentioned research which showing that the industry has the ultimate control of research and its result.[17]

In May 2016, Lao PDR’s Ministry of Health issued the Pictorial Health Warnings (PHWs) Regulation requiring all tobacco companies to print health warnings covering 75% of cigarette packs. The country’s Ministry of Industry issued a deadline for tobacco companies to print the PHWs on cigarette packages: 1 January 2018. However, monitoring conducted of the market showed that the most popular cigarette brands produced by LTL and Lao-China Hongta Good Luck Co. Ltd., A Deng and Dok Mai Deng, violated the law by not having printed PHWs on their cigarette packs. These two companies control over 80% of the cigarette market in Lao PDR.[18]

In February 2018, Imperial Brands (LTL is the subsidiary of Imperial Brands) held an annual shareholders meeting in Bristol and Southeast Asia Tobacco Control Alliance (SEATCA) published an open letter[19] to the shareholders of Imperial Brands the s demanding that they respect the Lao people by complying with the tobacco control law to apply PHWs across 75% of cigarette packs immediately. Ultimately the sustained push from NGOs and the WHO successfully made LTL and Lao-China Hongta Good Luck Co. Ltd. comply with the PHWs Regulation in Lao PDR.

In Lao PDR, tobacco advertising promotion and sponsorship including corporate social responsibility (CSR) activities are banned. However, the law allows cigarette pack display at point of sale (POS).[20] In the past, tobacco companies have also attempted to promote their products by printing on parasols (outdoor umbrellas). [21] However, in present, the promotion of products on parasols was removed. A survey on POS showed that tobacco companies devised a new advertising strategy by placing oversized cigarette stickers on display shelves to increase cigarette pack visibility in order to attract customers.[22] The sales of Electronic Smoking Devices (ESD) found in big cities although it is prohibited by law.