The tobacco industry uses scare tactics to intimidate governments and fight stringent tobacco control measures, falsely claiming that such measures will cause job loses, kill the industry, and harm government investments. In reality, regardless of the strength of tobacco regulations, the tobacco business is flourishing in the ASEAN region spurring transnational tobacco companies (TTCs), in recent years, to acquire or form joint ventures with local companies to benefit from the lucrative tobacco business and reap bigger profits. 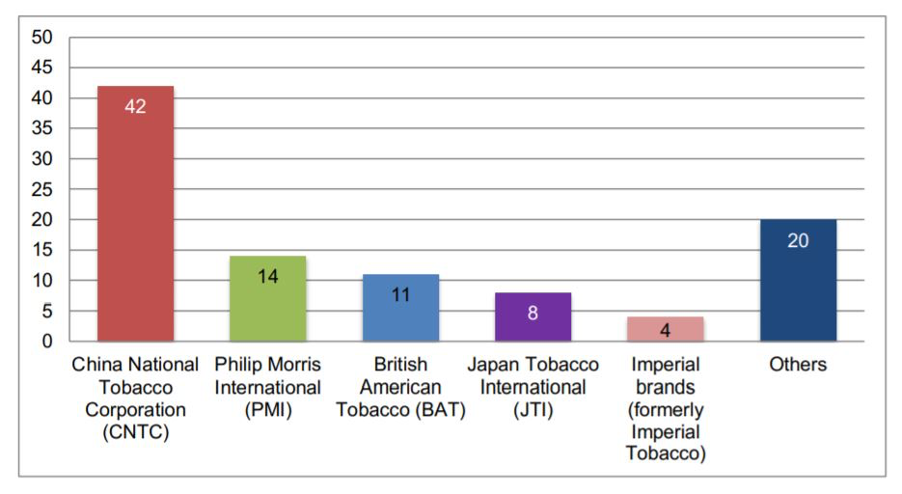 The future of the tobacco industry is in the developing world, especially in Asia where large numbers of men smoke, relatively few women smoke, and young people comprise a major segment of national populations. In recent years, tobacco companies have bought into the e-cigarette business and are talking about ‘harm reduction’ and reduced risk products. In reality the regular cigarette business is so lucrative that the tobacco companies won’t be giving up this business anytime soon. 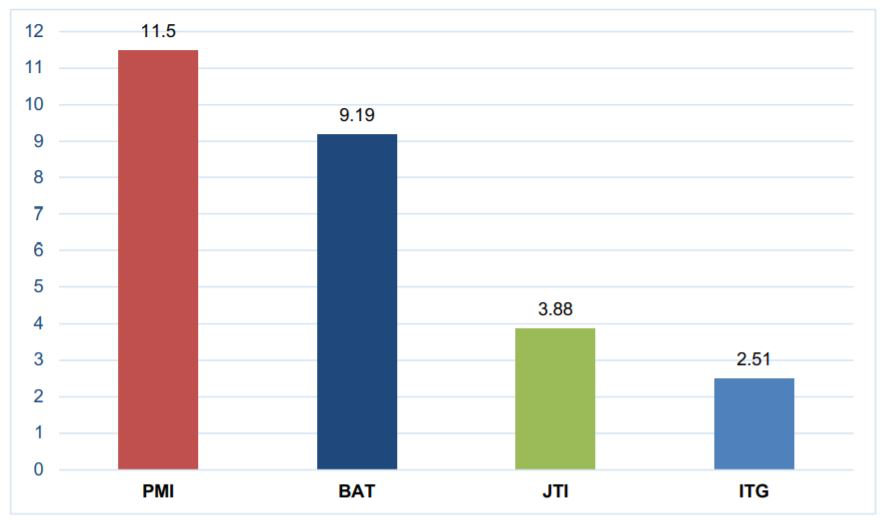 The profits these companies make are bigger than the health budgets of many countries. However, the industry moans about tough times when governments tighten tobacco control measures. Governments should not treat tobacco business like any other business. They should not be given any incentives to conduct their business as stated in the WHO Framework Convention on Tobacco Control (FCTC) Article 5.3 Guidelines.

About 5 trillion cigarettes are sold in the world annually. PMI owns about 14 percent of the cigarette market which is about 700 billion sticks. PMI is the world’s largest transnational tobacco company and makes the bulk of its profits from cigarettes sales and is continuing to target developing countries to expand its cigarette business.

In 2017, PMI announced its vision for a “smoke-free future” and its 12-year funding commitment to set up a Foundation for a Smoke-Free World (FSFW) at USD 960 million (USD 80 million per year) with the purported goal to end smoking.[1] News of PMI’s smoke-free future has been reported in the ASEAN region.[2] [3] [4] Currently, PMI is promoting its new products and applying pressure on the government to “give people a safer alternative.”[5] However, while promoting a ‘smoke-free future’ and ‘less harmful alternatives to cigarettes’, PMI was simultaneously registering its cigarette brands.[6]

In 2019, PMI also applied for trademarks for its campaign, “Unsmoke Your World,” in the Philippines, contemporaneous with its “Unsmoke the world”[7] and “Year of Unsmoke” launch.[8] PMI is using unsmoke to appeal to smokers, regulators and nonsmokers to “make a better future for all smokers in the world” and is offering less harmful choices to those who are still smoking.[9]

In 2020, during COVID-19 pandemic, organizations receiving funds from PMI have conducted so-called CSR activities, especially the donation of PPE to government agencies and hospitals in ASEAN region, such as Philippines, Indonesia and Vietnam.[10]

In Cambodia, British American Tobacco launched BAT Cambodia Limited (BATC) in 1996. BAT projected its investment as an “important contributor to the reconstruction of Cambodia”, the establishment and dominant position of BATC serves instead as “a case study” in the exploitation of incapacity and poverty by TTCs with serious implications for public health. Presently, the majority of tobacco market in Cambodia belongs to BAT (32.3%) and the percentage of share expected to increase gradually.

In Myanmar, British American Tobacco (BAT) is transnational tobacco company that has a joint venture with I.M.U Enterprise Ltd (IMU), which is part of Sein Wut Hmon Group, one of the leading local conglomerates in Myanmar, to distribute and market its brands. The joint venture company has completed in 2013. However, latest informal information indicates BAT took full 100% share as per latest Foreign Investment Law.[11] Between 2015 and 2019, BAT dominated 57% of market share in Malaysia.[12] BAT launched new cigarette product or pack designs every year as promotions at points-of-sale, despite the fact that tobacco promotions are banned in Malaysia.

Although JTI is not the leading player in Southeast Asia, the company has remained its position in the region in traditional and e-cigarette markets. The company shares less than 1% in several countries such as Thailand, Vietnam – however, it never stopped.
Unlike other TTC, JTI sets up JTI Foundation to launch so-called CSR activities around the world, including ASEAN.[13] For example JTI Foundation funded Build Change’s SMEs program in Sumatra, Indonesia, which employs mainly women in local brick making. The project was from 2015 to 2018.[14]