Total population in Vietnam was 95.5 million in 2018.[1] The tobacco industry is controlled by the government and is 100% state-owned under the Vietnam National Tobacco Corporation (VINATABA), which also serves as the main domestic producer of tobacco.

The Vietnam Global Adult Tobacco Survey 2015 found that the prevalence of smoking in Vietnam was 22.5% overall, 45.3% among men, and 1.1% among women. The following pie chart presents types of tobacco products consumed by current smokers.[2]

Figure 1: Types of tobacco products consumed by current smokers on a daily basis 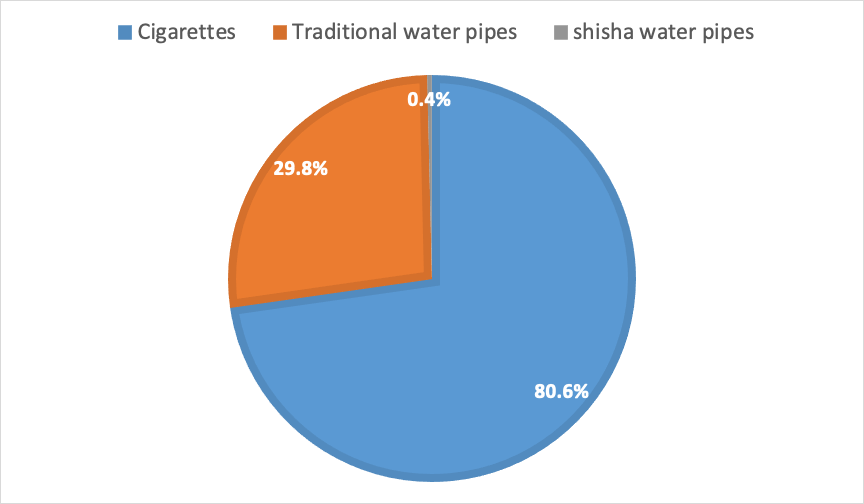 According to Food and Agriculture Organization (FAO)[5] the information of tobacco leaf production in Vietnam in 2018 as presented in the table below;

Who Dominates the Market?

In December 2004, Vietnam ratified the World Health Organization Framework Convention on Tobacco Control (WHO FCTC).[7] Since then, the government has enforced more domestic legislation by enacting the Law on Prevention and Control of Tobacco Harms in 2012[8] with specific measures to manage, monitor and inspect the production, importation, distribution and sale-purchase of tobacco products as well as to designate and enforce smoke-free areas in some settings such as public places and indoor working areas. However, Vietnam’s first tobacco control efforts began in 1989 with the legislation Law on the Protection of People’s Health that prohibited smoking in public spaces such as cinemas and theatres as elaborated in the table below.